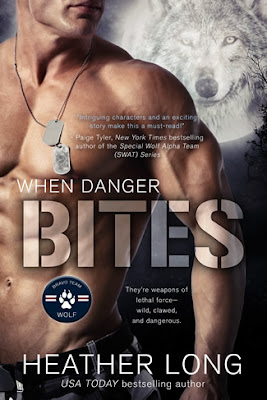 BOOK BLURB:
Buttoned-up Corporal Kaitlyn Amador is dangerous on every level. As a human, she poses a threat to Marine Captain Jax Raymond’s special Force Recon unit. Though the team has a reputation among the other recon units, only their commanding officer knows their secret. As a woman, the danger posed is entirely different. Jax can survive the temptation for only so long before his wolf takes over and pursues what it wants.

Military intelligence specialist Corporal Kaitlyn Amador is the first woman in the Marines to be assigned to a recon team. And everyone’s watching her. Her mission? Not only prove herself worthy of her place in the group, but uncover the mystery of why Bravo Team is so successful. A mission that gets more difficult every time she’s near Jax… 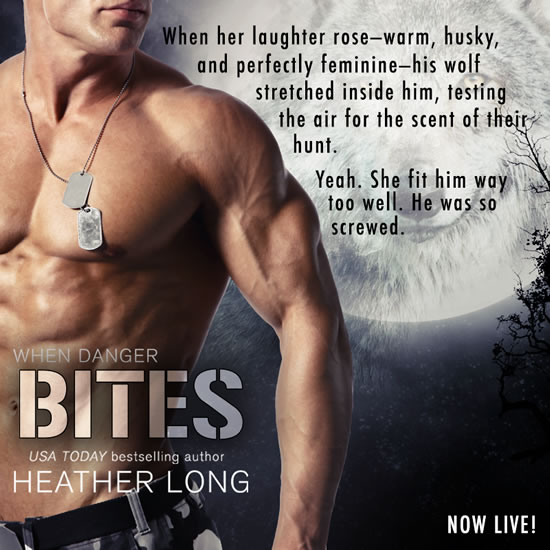 “That’s a long drive.” A hint of reproach toughened his tone, but he didn’t chastise her about the tires.

“Not too bad, but it’s nice to be out of the car.” In more ways than one. She’d changed into her blues at the last rest stop. Prior to that, she’d been in jeans. She kind of missed those jeans right now. It would be nice to just hang out with him, two random strangers…

“On my way back from leave.” He didn’t sound like he wanted to talk about work, assignments, or deployments. “Tell you what, let’s table the work convo.”

Kat chuckled. A man after her own heart. “Kind of hard to ignore the work aspect, considering I’m wearing a uniform.”

“I’m really good at pretend.” The promise of something wicked danced in his eyes.

“Hell, yeah, and I’ve decided we’re going to have a good time over lunch. We’ll laugh, we’ll talk, and we’ll get to know each other.” God help her, he was temptation on a stick. Why couldn’t she have met him back at Quantico?

Where was the harm? I’m on my way to a secret assignment to investigate a classified force recon team. I can see lots of harm. Still, they were only having lunch.

“Absolutely. The only question I have is, are you onboard?”

Their food arrived, and the burgers smelled mouthwateringly good. Kat’s stomach rumbled audibly. With food in front of her, she could pour all her pent-up interest into eating.

Licking her lips, she unfolded a napkin then met his gaze. “I’m totally onboard,” she told him, especially since she could use a break before she immersed herself in Bravo Team culture. “But only for the burger.”

“Hard to compete with Martha’s burgers,” he agreed as he pulled his burger to him. The first bite she took was so good, she damn near groaned. The meat was hot, the onions crisp, and the tomato sweet. Damn. Then her gaze locked with Jax’s as he raised his burger. She found herself mirroring the action, and they both bit into their burgers at the same time and sighed. It went beyond intimacy, the way his eyes seemed to caress her and the warmth invaded her veins.

“Sounds—meaty.” And I sound like an idiot. She grimaced. “I’m terrible at the flirting thing.” 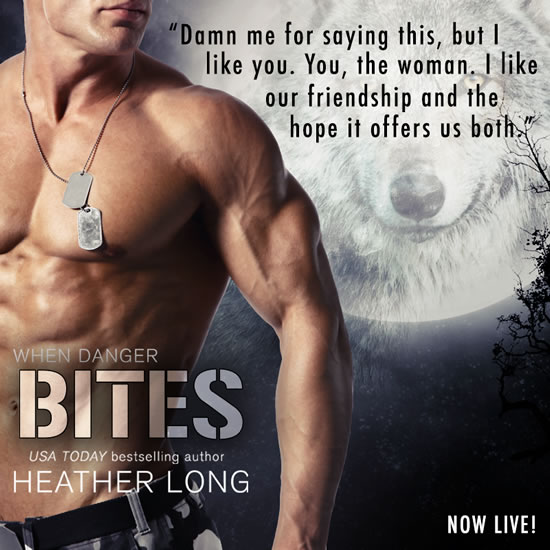 USA Today best-selling author, Heather Long, likes long walks in the park, science fiction, superheroes, Marines, and men who aren’t douche bags. Her books are filled with heroes and heroines tangled in romance as hot as Texas summertime. From paranormal historical westerns to contemporary military romance, Heather might switch genres, but one thing is true in all of her stories—her characters drive the books. When she’s not wrangling her menagerie of animals, she devotes her time to family and friends she considers family. She believes if you like your heroes so real you could lick the grit off their chest, and your heroines so likable, you’re sure you’ve been friends with women just like them, you’ll enjoy her worlds as much as she does.

Connect with the Author... 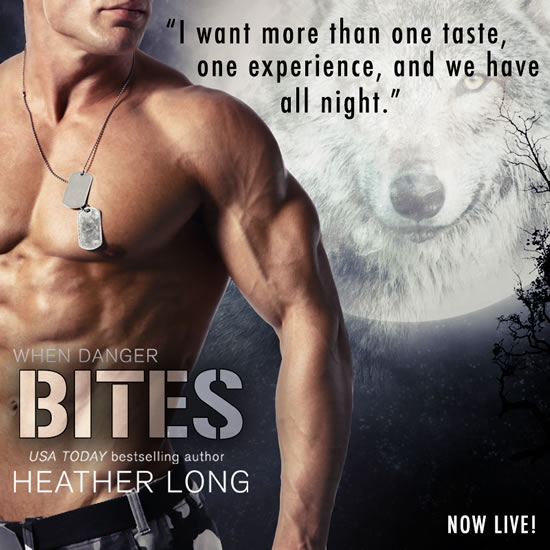 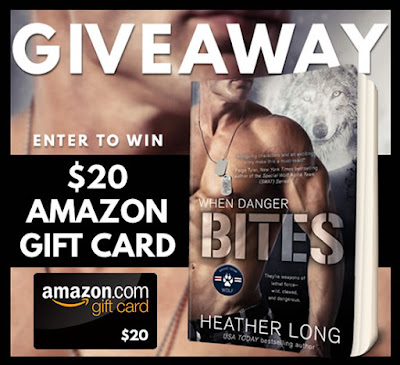