"The character were fun and I really loved Remy, but there was something missing." - Craves the Angst 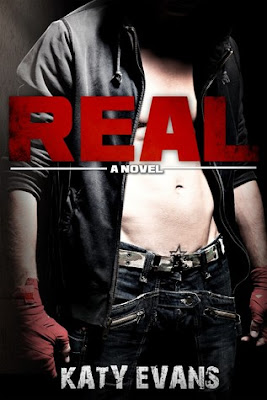 A fallen boxer.
A woman with a broken dream.
A competition...

He even makes me forget my name. One night was all it took, and I forgot everything and anything except the sexy fighter in the ring who sets my mind ablaze and my body on fire with wanting...

Remington Tate is the strongest, most confusing man I've ever met in my life.

He’s the star of the dangerous underground fighting circuit, and I’m drawn to him as I've never been drawn to anything in my life. I forget who I am, what I want, with just one look from him. When he’s near, I need to remind myself that I am strong—but he is stronger. And now it’s my job to keep his body working like a perfect machine, his taut muscles primed and ready to break the bones of his next opponents...

But the one he’s most threatening to, now, is me.

I want him. I want him without fear. Without reservations.

If only I knew for sure what it is that he wants from me?

The Review:
I liked this book, but I didn’t connect with it the way I wanted. However, that being said ... I also couldn’t stop reading it, so there was a definite draw and I’m eager to move on to book two to see what happens next.

I’m a huge fan of possessive, damaged, alpha heroes/anti-heroes, so I was sure this book would be right up my ally, especially with all the five star reviews to back it up. But sadly, I didn’t get the “swoons”, the tummy flutters or the “feels” like I expected. The story was good. The character were fun and I really loved Remy, but there was something missing.

Like I said, I liked this read, but wasn’t consumed by it.

Story/Characters...
After being dragged to an underground fight by her best friend and after being completely thrown by the hot, sexual tension she felt by just looking at Remington “Riptide” Tate in the ring, Brooke Dumas leaves the crowded arena in search of a moment to collect herself. What she didn’t expect was for Remy to instantly KO and chase after her, only to get her name and number in a fantastically written meet-greet! I loved the beginning of this book. The sexual tension between Remy and Brooke started out like a fiery explosion! The author did a fabulous job creating a beginning that had me hooked from the opening scene.

Remy is messed up. He’s hot headed, intense and mysterious and Brooke, thinking she’s about to have a unique one night stand, accepts an offer to go to his hotel room, but when she gets there, she’s offered a job instead, as Remy’s sports rehab specialist. This starts an intense, strained relationship that I think could have been amazing, if it weren’t for Brooke constantly internalizing about how much she wanted to have sex with Remy and how he kept turning her down. I understand the reasoning behind him keeping his distance, wanting a real connection with her and not just sex, and I loved that about him. But her constantly, and I mean CONSTANTLY thinking how hot he was, how sexy he was, how his muscles bulged, how sweat dripped from his body, how much she just needed to have him inside her RIGHT. NOW, got old, REAL. QUICK! And the amount of time the author spent on explaining how sexy and hot and utterly drool worthy Remy was, was overkill in my book. It’s like from 15% to 50% of the book was spent on Brooke getting upset and frustrated that Remy wouldn’t sex her up! She sounded like a sulking teenager and it just stalled the plot way to much. It felt like that was the substance of their budding relationship. There were no “get to know you moments”. Just him licking the bejeezus out of her, constantly sniffing her and her moaning about how sexually frustrated she was. There were some great scenes with them quietly listening to music to express how they felt about one another, which I both loved and hated. Their music listening was in the place of conversation (which in the beginning was fun, but then I wanted more). They neither one knew how to express themselves and I get that, but like I said... I wanted more. They were on his fighting tour and so many things could have happened to connect them deeper, to connect me to them deeper, but sadly there wasn’t any substance thrown into their time spent together.

But I did enjoy the hot hero, Remy. After all the complaining on Brookes side, we get down to the man himself. Remy has a complicated past and he also has some issues that make him go off the handle easily, so there’s always that added stress of “what will Remy do when he goes black”. I loved that part. Even though the entire read was predictable, his unpredictability kept me in knots. But I have to say, that Brooke did some pretty stupid things. I liked her at first, a lot, but then she just ... I don’t know, lost her edge. I mean, she goes off to try and take matters into her own hands and what transpires from that, I saw coming a mile away and it upset me that she herself didn’t see it coming. I don’t like when heroines are written unintelligently. And then she gives up after everything goes down. To say I was disappointed in Brooke during those moments, is an understatement.

But I will say that I LOVED the way Remy was all possessive and down right mental over Brooke. That was so much fun to read.

The Wrap Up:
All in all, I think this book had huge potential and I liked it for the most part, but it just didn’t excite me like I thought it would. But again, I enjoyed it enough to go on to the next one because I really want to see life for Remy and Brooke after the last page, and maybe there will be more given to the story and more time given to their character development. We’ll see ...