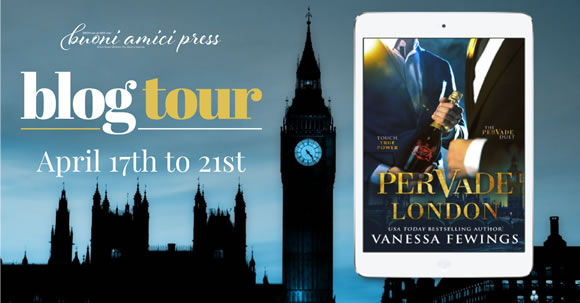 "... gripping, entertaining and sensational. I loved every thrilling moment. The author flawlessly lays out a brainteaser I was succulently consumed by." - Craves the Angst 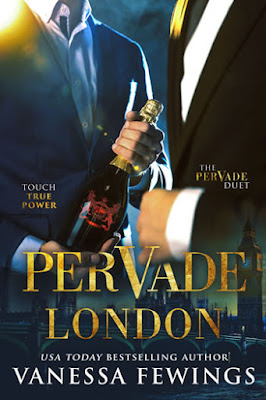 But she didn't know the unexpected forms power could take, bending and adapting to suit its needs.

She wasn't aware of the ways power could infiltrate unnoticed into the highest echelons of government, soaking the most hallowed chambers with its influence.

She didn't realize the methods in which power could weave an invisible fabric that manipulated society with hidden secrets and unannounced agendas.

In fact, Emily Rampling didn't understand anything at all about the nature of power.

But she was about to find out.

About the ways power could pulse.

About the ways power could penetrate.

About the ways power could PERVADE.

REVIEWER'S NOTE: I received an eARC from the author in exchange for an honest review.

The Review:
Shew... where do I even begin with this one?

Simply put, PERVADE LONDON is an exquisite, masterful piece of art! It swept me away to the enchanting streets of London and lavished upon me a provocative romance between Xavier and James - two elusive men who will seduce you - and Emily, a competent heroine who will surely charm you. And the story? Will utterly pervade you.

Story/Characters...
Emily Rampling is a simple girl with a simple life. She’s also a rising star amongst her peers. A budding violinist with a bright, promising future on a path provided by her deaf mother who would never hear her play. While busking one day at Piccadilly, she runs across a mysterious man she feels compelled to help.

A stolen violin, a curry meal for two, and a priceless gift set these two strangers on an unexpected, salacious and intriguing path neither of them expected.

Xavier Rothschild is a polished, brilliant, eccentric, complicated and dangerous man. He grew up to lead an extraordinary life. Not because of the silver spoon he was provided, but because of his unique ability to observe, read and dissect everything and everyone around him. He’d give Sherlock Holmes a run for his money and probably jump above him, leaving Mr. Holmes baffled as to how he got so high. He’s a man with secrets and when he meets Emily, his life has taken a very different turn than the one he was leading just days before. She comes to him in a time of need and her generosity, kindness and inner light pull him in.

Captivated and compelled by one another, they can’t resist the allure. So they embark on a journey with conditions and a warning - his life is arduous to the extreme, so she’s never to ask about his past and always do as she’s told.

There’s a sinister obstacle lurking in the shadows. James Ballad - enigmatic, seductive, confident and the absolute deadliest of men - who seems to be pulling all the strings. He walks into a crowded room, and everyone disappears, leaving only him and his prey. He’s the man neither Xavier nor Emily can deny.

This story was gripping, entertaining and sensational. I loved every thrilling moment. The author flawlessly lays out a brainteaser I was succulently consumed by.

And those love scenes? My goodness! Perfectly carnal and positively lascivious. The chemistry between James, Xavier, and Emily was scorchingly hot, hot, hot! Absolutely torrid! I couldn’t get enough.

The Wrap Up:
I’m a huge fan of this author. If you’ve read my reviews, you know this to be true. I can never get enough of her stories. There’s a reason for this. She writes beautifully, without exception. There’s always something unique in her stories. They are creative, exciting, and I’m always fascinated by the plot and the rapturous journey it takes us on. I’m always surprised by the outcome. Her characters never cease to WOW me on every level. Intelligent, unmatched, sensual and always, always interesting.

PERVADE LONDON is just such a story. A sparkling jewel in her ever-growing treasury of phenomenal reads. I can’t wait for book two! 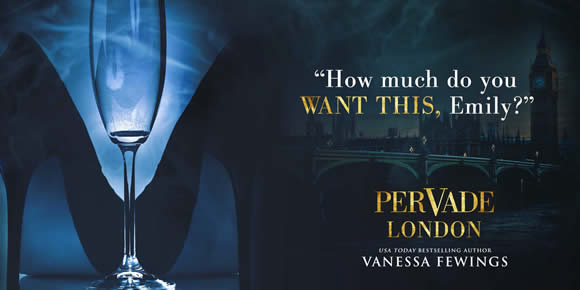 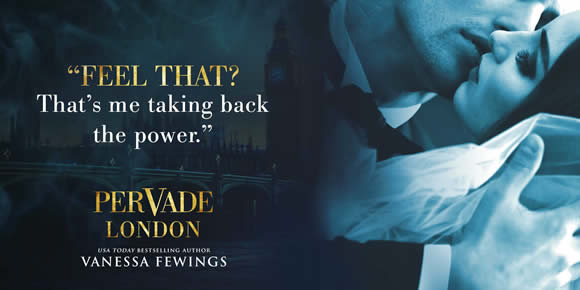 Vanessa Fewings is a USA Today bestselling author. Her sizzling Harlequin series is The Icon Trilogy, a romantic suspense about Zara Leighton, London’s most brilliant art investigator on the hunt for the notorious thief known as Icon.

Perfume Girl (stand-alone) is her latest contemporary romance novel that is receiving quite a buzz! Pervade London (duet #1) is a romantic suspense novel in her Pervade Duet and is set for release in April. Soon followed by Pervade Montego Bay (duet #2), later in the summer.

Vanessa’s previous novels include the bestselling Enthrall Sessions, a romance series spanning eight books about a woman who gets swept up into Enthrall, L.A.’s premier club that caters to the secret desires of the elite.

Readers can also listen to Vanessa as she hosts the The Romance Show, a captivating podcast featuring authors and industry professionals in the romance genre.

Prior to publishing, Vanessa worked as a registered nurse and midwife. She holds a Masters Degree in Psychology. She has traveled extensively throughout the world and has lived in Great Britain, Germany, Hong Kong, Cyprus and the USA.

Born and raised in England, Vanessa now proudly calls herself an American and resides on the East Coast with her husband and their foxhound Sherlock. 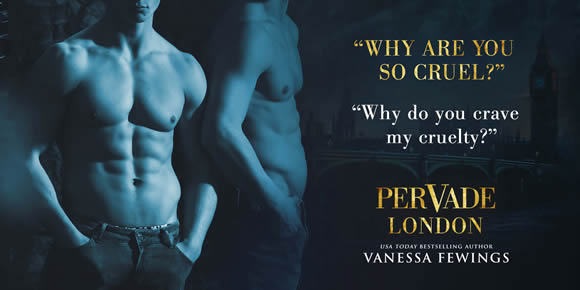