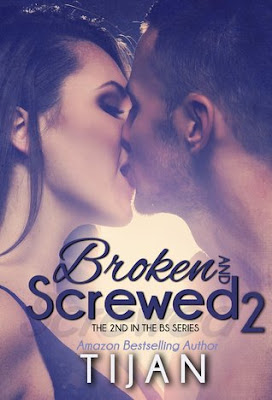 Alexandra is pissed about her parents abandoning her. She's beyond pissed that her friends did the same. She's enraged because things are unclear about her brother's death now. So her first stop is at Jesse's house to demand answers. She wants to know why her brother was friends with the criminal crowd before he died and she knows he holds the answers. But when she sees him, she doesn't get the answers she expected. Instead, she finds out that their chemistry never faded and soon heats up again!

Some habits die hard. Soon Jesse and Alex are back to their ways of sneaking around. He's a near-celebrity at school and she doesn't want to deal with the backlash of being his girlfriend. Alex is tired of being hurt so she's learned the lesson not to confide and lean on others. However, she can't seem to help herself when it comes to Jesse Hunt. The big question isn't if she will survive if their relationship goes public, it's if she will survive when the real truths about her family and brother come out? Or when she learns that Jesse knows more than what he's told her?

Basically picking up where book one left off, Alex is hot on the heels of Jesse to find out what really happened the night her brother died, but they haven’t talked in months, so when she shows up at the same college he attends unannounced, things quickly heat up!

I loved THIS Alex. At the end of the first book, she broke, completely. The numbness had shut her down entirely and the people around her were basically scared of her. When we met her in this book, I wasn’t sure what to expect, but I was pleasantly surprised to see that though SHE thought she was shattered, she was still holding strong. She might have been numbing the pain with avoidance, but she wasn’t broken beyond repair. And like in book one, though she put on a good front, there were so many times I just wanted her to finally speak up! She kept everything inside. I understand her fear. She was starting a new life in a new town, at a new school, with new friends. Things were very slowly starting to go in the right direction and every little back-step had her fearing more abandonment. She was strong but she was scared and the author makes you FEEL that all the way down inside you.

I LOVED the Jesse we got in this book. In the first book, I couldn’t get a beat on him. I couldn’t figure him out and he was so distant, I wasn’t sure if he really cared for Alex the way I wanted him to. However, this book puts all those questions to rest. He goes above and beyond to get and keep Alex in his life. He’s patient, attentive and I actually felt a little sorry for him as Alex kept pushing him away. Jesse became frustrated but he never gave up and I loved that. Once he decided he couldn’t live without Alex, he fought to keep her and wasn’t strayed by others even while Alex was pulling away. Jesse was the perfect kind of hero. He was still intense and broody and swamped by his own guilt and pain but it’s obvious he was committed to keeping Alex with him.

I really enjoyed this second book. It was angsty and heartbreaking and full of drama and I loved it all. Alex has so much to get past but with Jesse’s help, she’s on the road to healing. There are some major bombs dropped in this book, answers to questions from the first book and in true Tijan fashion, it’s all complicated, complex and way out there... and it totally works!

I hope there’s more to Jesse and Alex’s story. I’d love to get a Jesse POV since both of these books are told only in Alex’s. But more so, I’d just love more of their story! I feel they have so much more to tell. This book left off in a good place but there’s always room for more when it comes to this author's characters and her amazing storytelling.

Buy the Book at Amazon | B&N | Kobo
Note: Link for B&N is correct. The covers are mixed up.