"... would have liked to have seen the characters developed a bit more and some depth added to the story. Overall, it was a good, quick and entertaining read." - Craves the Angst 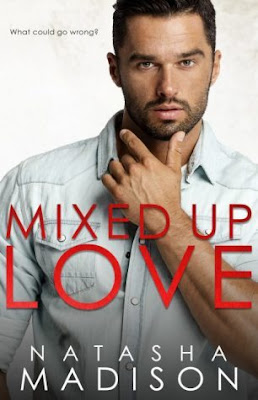 Hunter
When my business partner asked me to do him a favor, I had no idea he was sending me on the blind date his mother had arranged for him.

I walked in the bar, saw the woman drinking her third martini, and knew I was in for an eventful night.

After the unexpected second date, she didn't know my real name or who I really was. By that time, the lie was too far gone, and I wanted her too much to admit the truth.

Laney
It's not every day you find out your ex-boyfriend is engaged.

I shouldn't have agreed to the blind date, but I wasn’t in any position to turn down a night out when my mother insisted.

I will admit, I definitely shouldn't have ordered that fourth martini before said blind date even arrived.

The man turned out to be swoon worthy, handsome, condescending— a perfect distraction.

Then I found out he was a liar.

I've never been in over my head to this degree.

Then again, I've never been mixed up in love.

Agreeing to do his friend a favor, Hunter goes on a blind date he has no intentions of enjoying, let alone staying for more than a few minutes. He’s not looking for a relationship. He’s not even looking for a one night stand. He just wants to go in and get it over with. That is until he sees the gorgeous woman he’s supposed to meet, drowning her sorrows in martinis.

Laney is unfortunate in love and has just found out her ex, who turned out to be gay, is getting married. She’s not interested in love or relationships ... for now. And she has no interest in going on the blind date her mother insisted she accept. But after seeing her blind date, she thinks maybe her luck is turning a corner. Until he speaks.

This was a fun and sweet read that I enjoyed. Hunter and Laney meet under unlikely circumstances and immediately there’s conflict because he’s keeping a secret and neither of them wants to like the other. But the second they make eye contact, sparks fly. And so does the annoyance with one another, which made for some great tension-filled moments. They also had great chemistry. It was fun to watch them both fall.

I liked Hunter and his overprotectiveness, which got on Laney’s nerves, but I thought it was sweet because it was coming from a place of true concern. He could have gone about helping her see the dangers around her a little better and maybe not been quite so blunt about them, but I enjoyed his charm... or lack of charm as it were. I enjoyed Laney and her spontaneity. She was down the earth and easy to connect with. And I also really enjoyed the side characters who added a lot of laughs and great dialogue to the story.

My biggest issue was the writing. This book could have used a good editor and a thesaurus. Every other action by these characters were “throwing his/her head back and laughed” or “he laughed” or “she laughed”. So many times! I also would have liked to have seen the characters developed a bit more and some depth added to the story.

Overall, it was a good, quick and entertaining read. This was my first book by this author and I liked her voice enough to definitely check out more of her work.