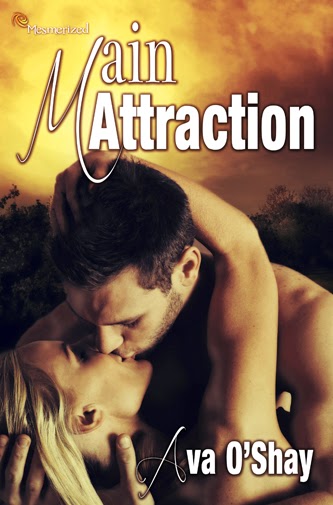 Book Blurb:
Jessica Hunter lost her heart and her husband at the same time. He died, and she discovered his infidelities, leaving her a shattered mess.

Five years later, Jessica still isn’t interested in a relationship. That is, until she meets sexy, lead actor Penn Jackson on the set of a popular tween movie—and her life gets turned upside down. Swept away by Penn’s carefree attitude, she lets him into her heart—and her bed—even though Penn warns her that being with him will change her life.

Penn’s warning doesn’t mean much to her. But when his publicist begins a campaign to get rid of her, and a trip to the emergency room turns into a tabloid explosion, she doesn’t just lose her anonymity, but also her job. Now, Jessica will have to choose between the man she loves and the life she’s always known.

Ava O'Shay grew up in the north Seattle area but now resides on a hill in the heart of the city so she can be inspired by the sights and sounds of the Seattle waterfront. She loves the outdoors and gets most of her inspiration during long bike rides and kayaking adventures with family, friends, and her three dogs which she loves like children. She can be found on the balcony of her home, wrapped in warm sweater people watching in the winter and enjoying the concerts at the Seattle Center in the summer, while typing on her pink computer.

Posted by Craves the Angst at 5:30 AM